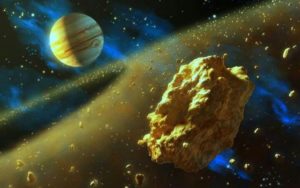 Below is a brief summary of the requirements/guidance for this solicitation:

Funding: Awards are $100K Federal with no match requirement for a one-year period of performance.  Most proposals are limited to 2-3 pages.  There may be some exceptions for a particular topic that will allow up to 5 pages, which will be stated in the topic appendix.

Eligibility:  Faculty at NSHE institutions, particularly junior faculty, women, and members of other underrepresented populations are encouraged to apply.  Faculty who have a current National NASA EPSCoR Research CAN or RRR project are not eligible to apply while their project is on-going. There is no requirement that Science PIs be U.S. citizens, however, foreign nationals (i.e., non-U.S. citizens who do not have a green card) will likely not be permitted access to NASA Centers.  This may or may not be important to the research being proposed.

A Letter of Interest (LOI) will be required by October 3rd.  If there are more than 6 letters of interest, we will first determine if there is any possibility of collaboration.  The LOIs will be reviewed by the NV NASA EPSCoR Technical Advisory Committee to determine which will proceed to full proposal development.  Therefore, it will be very important that you make a strong case for why your idea on how to respond to one of the RRR topics should be selected for proposal development.  Evaluation criteria will include:

Note:  the LOI will be limited to one page with title, topic appendix/number and Science PI listed at the top.  The NASA letter of support/collaboration (can be a copy of an email) does not count toward the one page.

Interested faculty must communicate with the NASA point-of-contact (POC) for the topic area before submitting a LOI.  Note: the POC may be able to provide the names of some NASA scientists who might be interested in collaborating with you on your project.