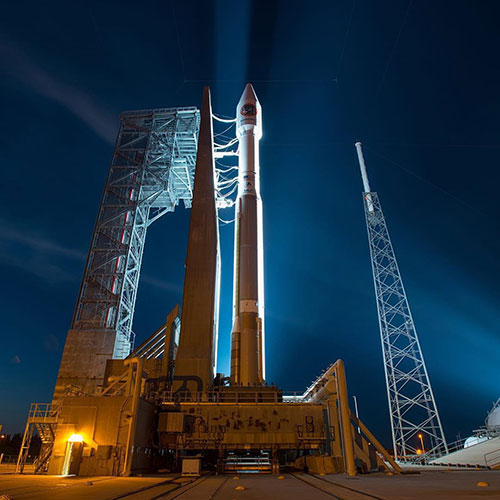 Pre-proposals are solicited at the state level and are competitively reviewed for selection of a at least one and occasionally two pre-proposals (depending on available funding) that are submitted to the national NASA EPSCoR Office. Funded jurisdictions are selected through a national, merit-based, peer review competition.

Each NASA EPSCoR project must perform scientific and/or technical research in areas that support NASA’s strategic research and technology development priorities. Proposals should emphasize developing capabilities to compete for funds from NASA and non-NASA sources outside of EPSCoR. The projects should move increasingly towards gaining support from sources outside NASA EPSCoR by aggressively pursuing additional funding opportunities offered by NASA, industry, other federal agencies, and elsewhere.

NASA Research Areas of Interest: NASA EPSCoR research priorities are defined by the Mission Directorates (Aeronautics Research, Human Exploration & Operations, Science, and Space Technology), and NASA’s ten Centers. Each Mission Directorate and Center covers a major area of the Agency’s research and technology development efforts. Information about current NASA research solicitations can be found on NSPIRES at http://nspires.nasaprs.com (select “Solicitations” and then “Open Solicitations”). Research priorities for each of the Mission Directorates (includes Centers) are summarized below; please see Appendix D for contact information for the NASA Point of Contact (POC) for each.