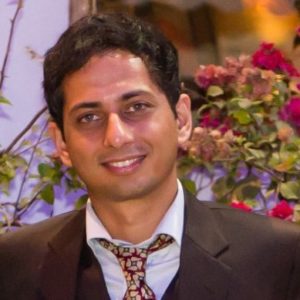 Assistant Professor Siddhartha Pathak at the University of Nevada, Reno has been awarded NASA funding in response to the research announcement “Use of the NASA Physical Sciences Informatics System – Appendix E,” which solicited proposals from established researchers and graduate students.

The full text of the announcement includes the complete list of the selected proposals, principal investigators and organizations.

Understanding the Local Structure-Property Relationships of Solders in Terrestrial vs. Microgravity Environments

Proposal Summary: An integrated experimental and computational effort is proposed to characterize both the microstructure and resultant micro-to-nano mechanical response of solders in terrestrial vs. microgravity environments, 1g vs. ~1×10-5g. Results from the In-Space Soldering Investigation (ISSI) experiments performed aboard the International Space Station (ISS) have shown that soldering in microgravity is expected to be considerably different than their ground based counterparts due to Earth’s natural convective flow and buoyancy effects being minimized in microgravity during melting and solidification. The ISSI data has demonstrated that a lack of buoyancy forces in microgravity can internally trap the flux created during soldering at interfaces, such as repair joints. We hypothesize that such internal porosity can be detrimental to the desired strength of the joint, as well as its thermal and electrical conductivity ‒ our study aims to develop a comprehensive understanding of these effects in the millimeter-sized solders using an array of nano-mechanical testing tools such as indentation and focused ion beam (FIB) fabricated micro-pillar compression and micro tensile testing, and nanoscale electrical contact resistance (nano-ECR) measurements. Results from this study will be instrumental in enhancing our fundamental understanding of the effects of surface tension driven convection phenomena during solidification processing operations such as brazing, soldering, and welding. Furthermore, the microgravity experiments represent a lowest gravity boundary condition. As such, these results could also be useful in predicting solidification behavior on other lower gravity environments (e.g. moon or Mars).