A Rapid Research Response (RRR) Cooperative Agreement Notice (CAN) has been awarded to Nevada NASA EPSCoR for $100k federal for one year. PI Dr. Elisabeth Hausrath, UNLV, in collaboration with NASA scientist Dr. Elizabeth Rampe (JSC) will address high priority NASA research to examine the interaction of minerals found in Mars, and the resources available during these reactions. “Rock, H2O, and H2: Energy from water-rock interactions on Mars” (2019).

Rock, H2O, And H2: Energy From Water-Rock Interactions On Mars 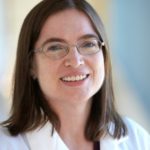 Hydrogen, perchlorate, and elements such as Mg and Fe would be very valuable for extended human exploration of Mars because they could be a significant source of fuel and key raw materials for manufacturing. Extended human stays on Mars will also likely utilize the Martian regolith as plant growth medium, wetting the initially dry regolith with liquid water to form soil. This initial wetting of the Martian regolith can release very valuable materials for in situ resource utilization.

Previous work on Earth has shown that interactions of liquid water with fresh, Fe-rich mineral surfaces produces hydrogen, which could potentially be used as a fuel source on Mars. Perchlorate is widely present on Mars, and could also be isolated as part of the wetting process that would occur in soils because it is easily solubilized. In addition, many locations on Mars contain abundant metals and non-metals that could be utilized in situ, including Fe, Mg, Cl and S.

Therefore, we propose water-rock experiments to examine the interaction of minerals found in Mars regolith with liquid water, and the resources available during these reactions. These experiments will build on water-rock experiments currently ongoing in our laboratory, and will utilize a series of Mars soil simulants including 1) JSC-Mars 1 2) Mojave Mars simulant and 3) a modified Mojave Mars simulant that is currently being developed at Johnson Space Center, as well as individual minerals. This work will be performed in collaboration with NASA scientist Dr. Elizabeth Rampe, and has been discussed with NASA contact Warren Ruemmele, and will help shed light on the potential production of both fuel sources and material resources for long-term Martian exploration.